A quick update that was not in the print edition of this article.  MLS transaction data suggests that February 2018 was the biggest February since 2012 (which had 14).  There were 10 sales (vs. 6 in 2017), and that despite record low inventory (February 2018 active listings were reported in MLS at 32, even lower than the January record of 35!).

The following has been modified slightly from the print edition due to an adjustment in the MLS data. 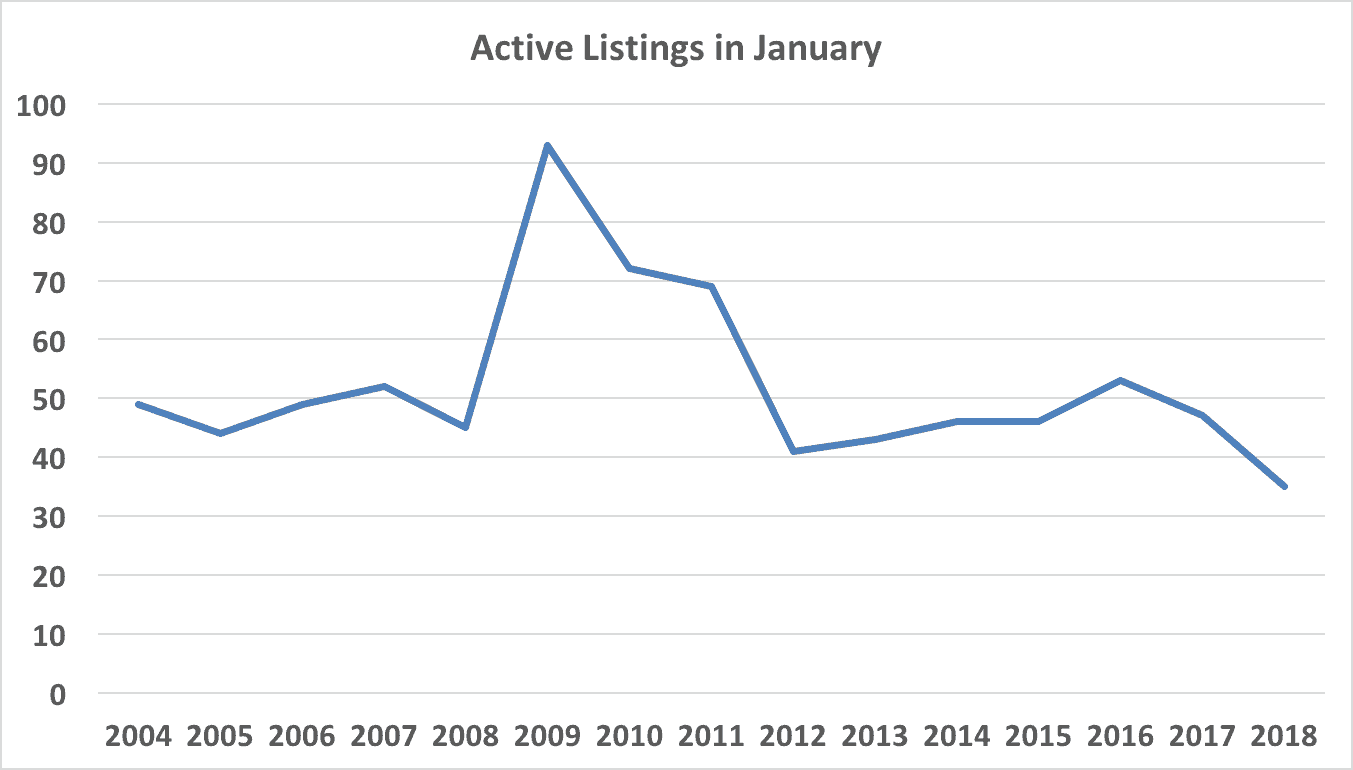 However, both 2012 and 2013 started off with a relatively low number of active listings (41 & 43 respectively), but ended up being very strong years, with transaction numbers finally returning to pre-recession levels, and sold prices exceeding pre-recession highs for the first time.  And based on what is under contract currently (most of which will end up closing in March), sold homes in March appear to be on track to be consistent with past strong years.

If you want to make sense of what’s going on in the market, or would like a better understanding of what your own home is worth, please contact me and I’d be happy to help you.

Note:  All data comes from the Austin Board of Realtors’ MLS report, reflecting activity through February 15, 2018.