There just aren’t enough new listings coming to market to satisfy all that demand!

When looking at new listings in aggregate (all price points) in MLS for Austin, 2021 is off to a slow start.  And the impact of the February snowstorm is evident.  Typically, the number of new listings increases from January to February (on average around 15%), but instead we saw a decline of around 13%.  So new listings in February were down more than 30% compared to where we would have expected to be based on the past couple of years. 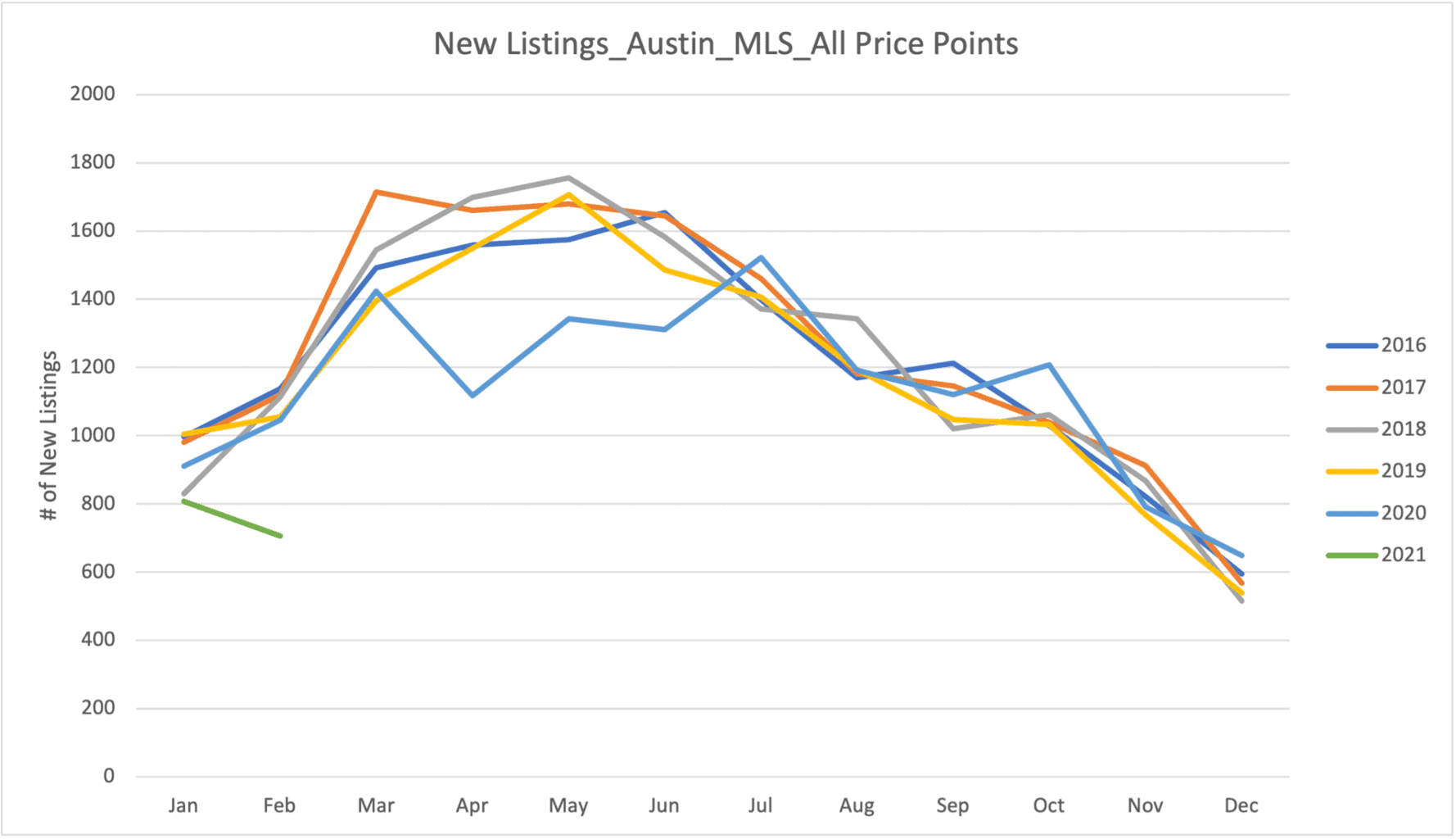 The picture is more dire in certain price ranges, particularly at the lower end.  In the under-500K range, new listings were down roughly -35% in January.  So even before the impact of the winter storm it was clear that buyers in this price range had far less to choose from in Austin.  That picture won’t improve, as the scarcity will continue to drive prices higher. 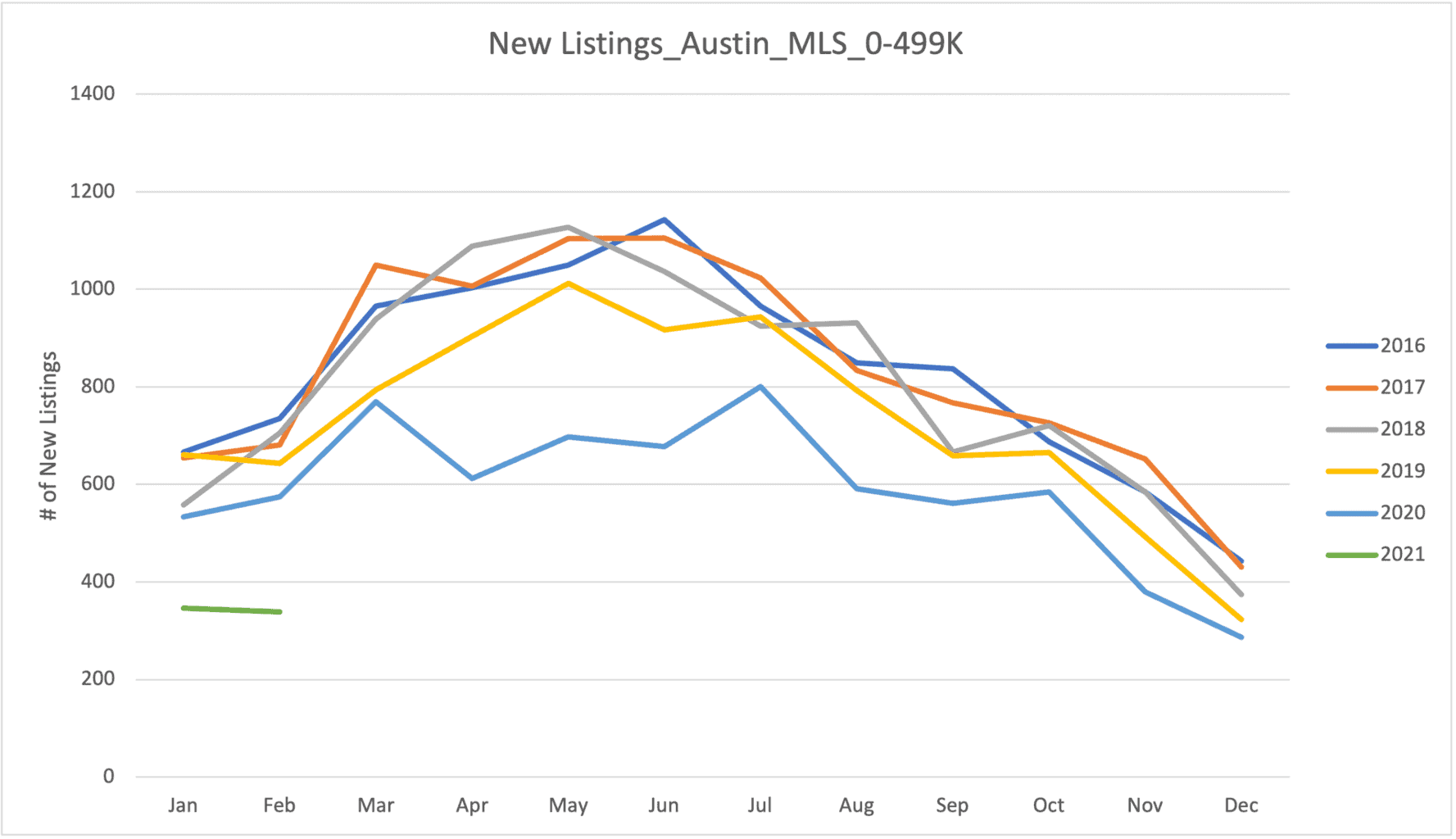 In the 500K to 1M price range, January’s numbers suggest strong growth in the number of available listings.  That is because many of those sub-500K homes are appreciating higher, so it is really just a sign of an appreciating market. 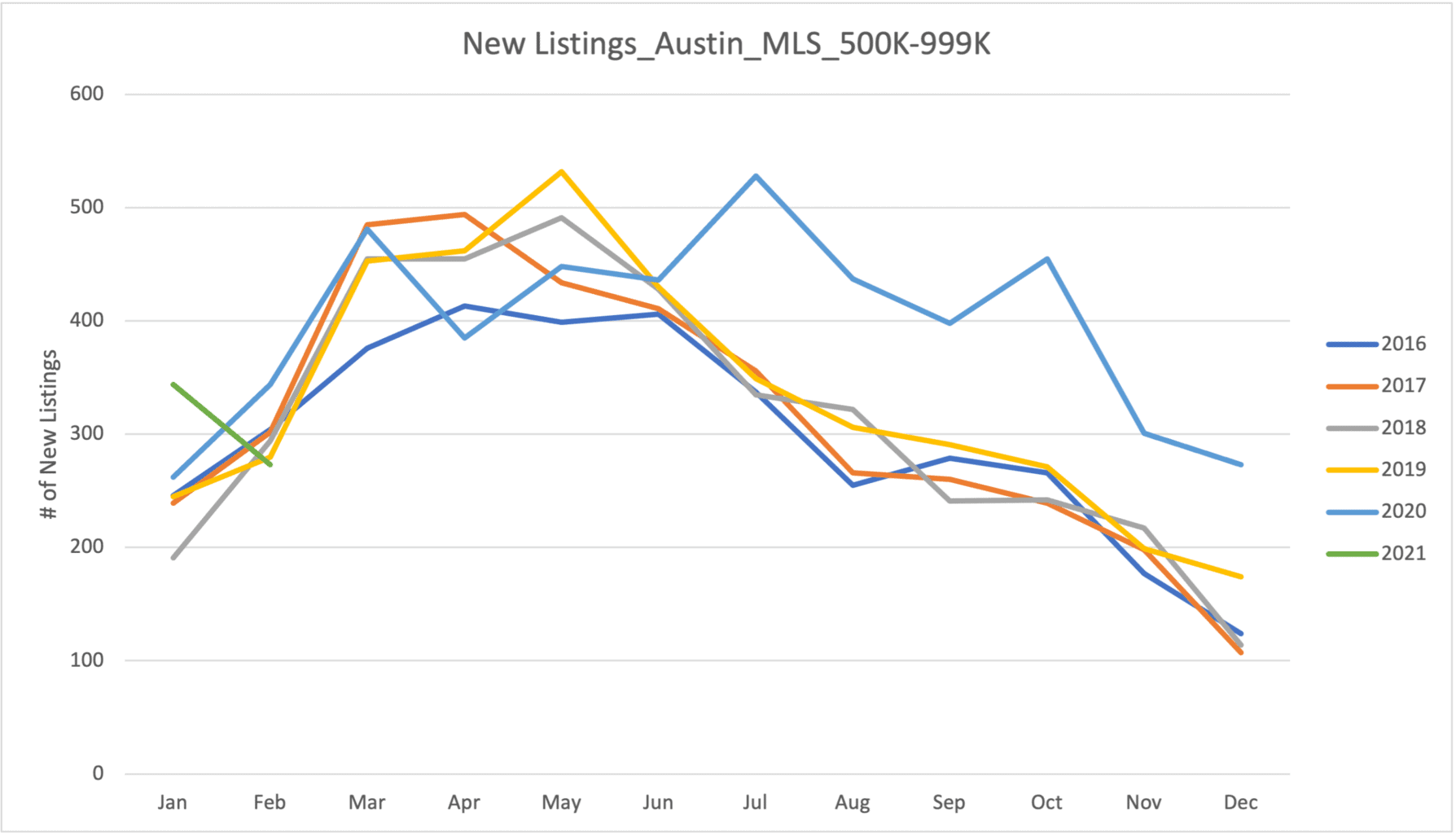 Same story in the 1-1.5M price range.  More higher priced homes that previously would have listed for 800-999K are now listing above 1M.  February is an anomaly and January suggests we should see some improvement here in March, April and beyond. 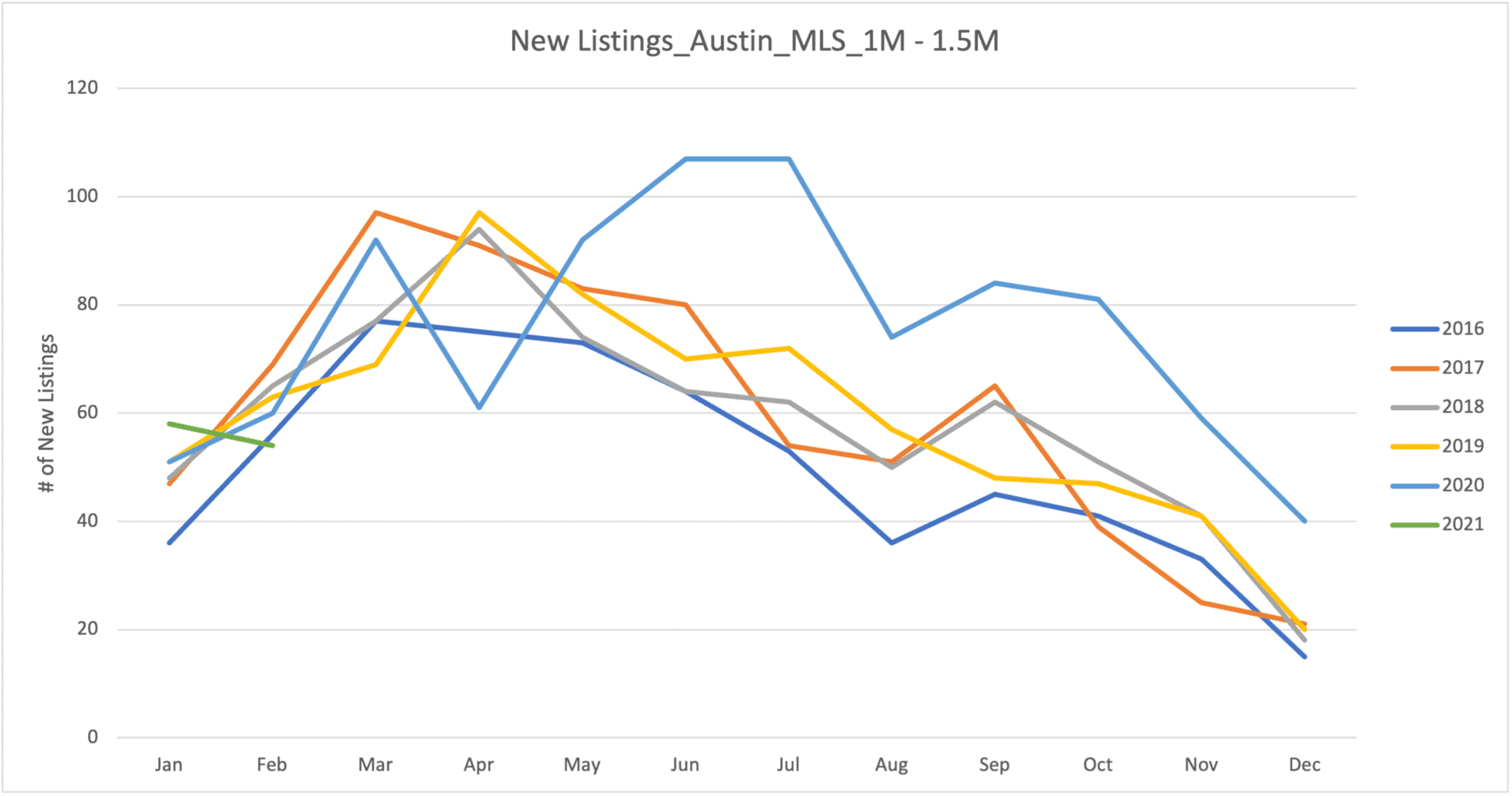 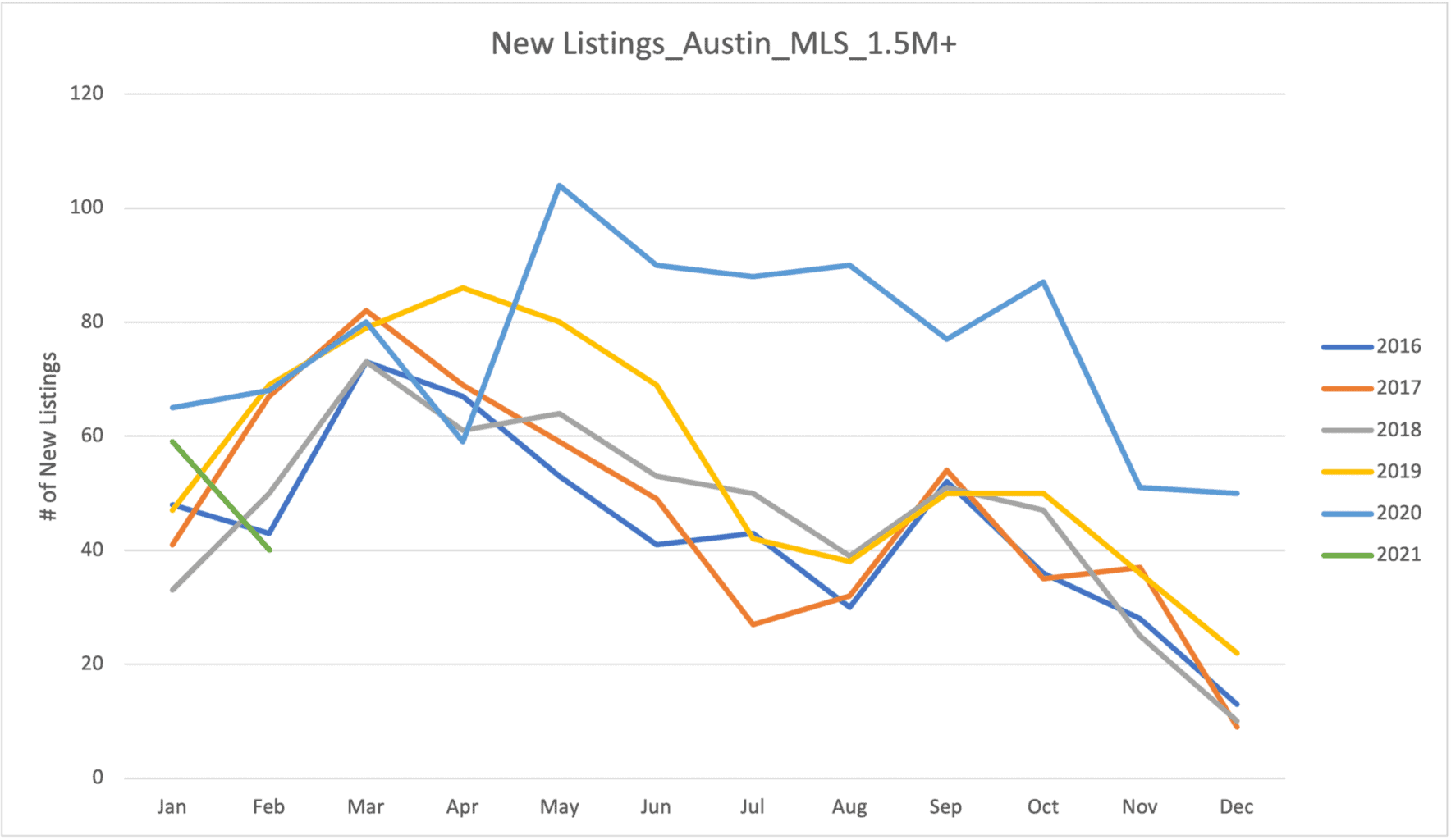 All this to say that if you are considering selling, this is a great time to be doing it.  If you need to buy something else as part of the process, then you need to start your search soon and work on a transition plan.  Let me help you!