Happy New Year neighbors!  To kick off the year I’m shifting my focus from area landmarks to neighborhood development.  I have some great data to look at the progression of growth in the neighborhood as developers acquired land and began to parcel it and add infrastructure.

This month is an overview and next month I’ll start going through each of these one by one. 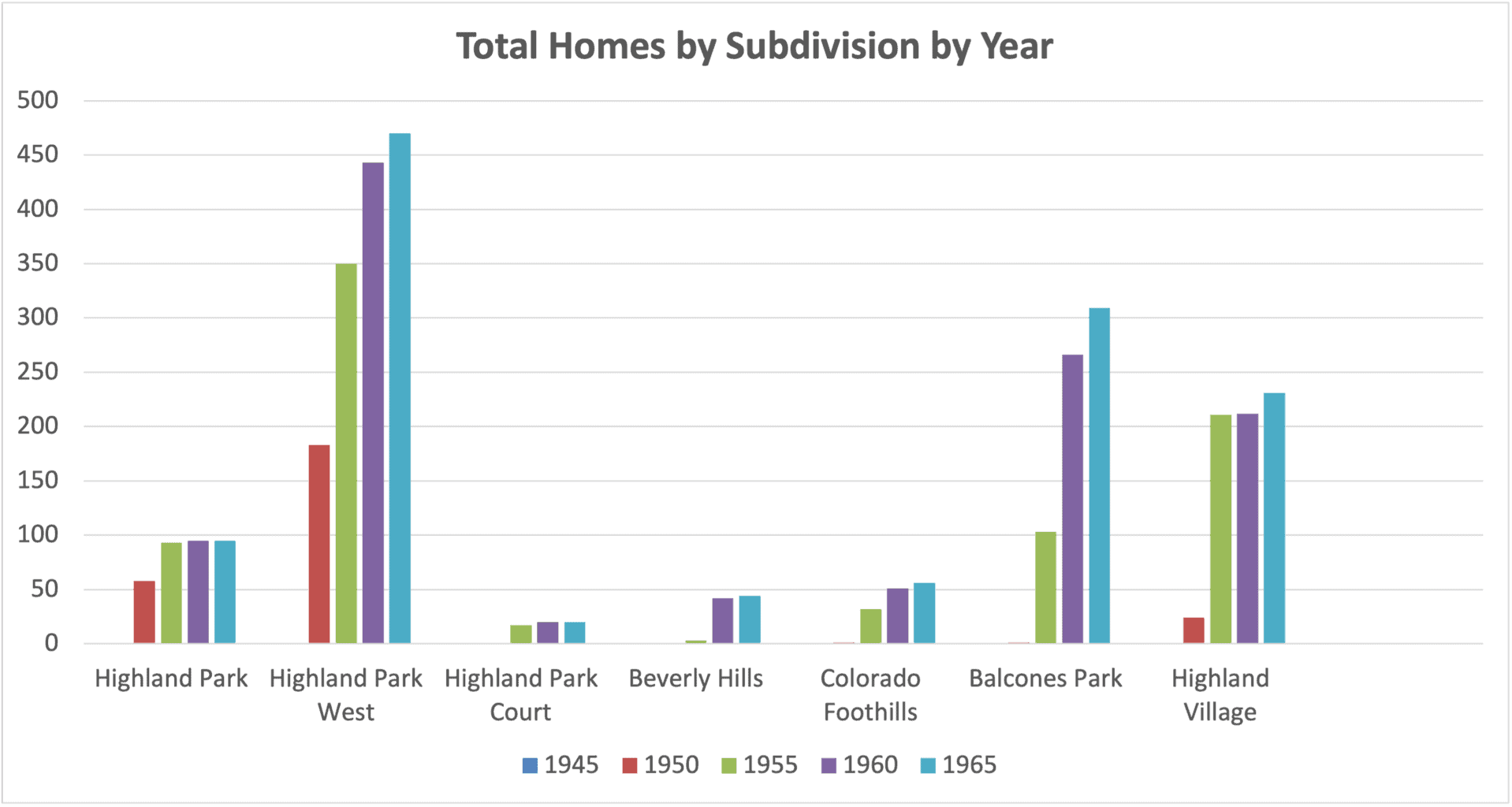 To produce this information I spent a lot of time at the Austin History Center doing research using old phone books and building permit records to reconstruct the progression of development from 1945 to 1965 (so I used the phone books from 1945, 1950, 1955, 1960 and 1965).

If you want to know who the original resident or owner of your home was, I most likely have that information.  And if you want to play around with the map (or read some of the earlier articles), I have it all posted on my blog at treymcwhorter.com/blog.  Enjoy!

Feel free to reach out and I’d be happy to share what I know, and if you have a good story or information about the early development of our neighborhood, please contact me!