The following update reflects numbers through May 31, 2018, along with previous years through the same date for comparison.  A few highlights from the table below are summarized here:

The real story so far in 2018 is the decline in active listings.  The neighborhood is following the same trends as the last couple of years, but at much lower levels of inventory.  Whereas in 2016 and 2017 monthly active listings through May averaged 27, in 2018 that number has dropped to 16, a decline of more than 40%. 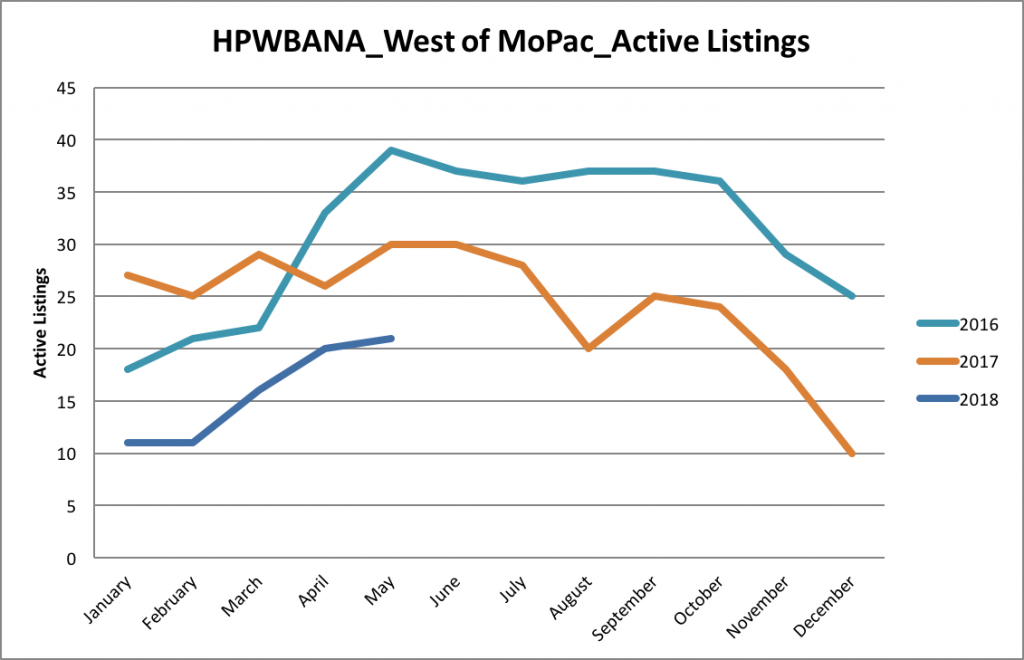