In March 2020, there were 197 prospective companies considering relocating to in Austin.  30 days later that dropped to 102 due to the pandemic.  In March 2021 it had recovered to 203.  At the beginning of 2022 the number of prospects had grown to 273.  The pipeline for growth is strong!

Lack of inventory is still the theme in Austin’s market.  New listings this year trail last year slightly (1,494 this year vs. 1,514 in 2021), but remember last February had the Snowpocalypse so many homes that would have been listed didn’t hit the market until later.  March traditionally sees a big increase in new listings but may not jump as high as it did in 2021. 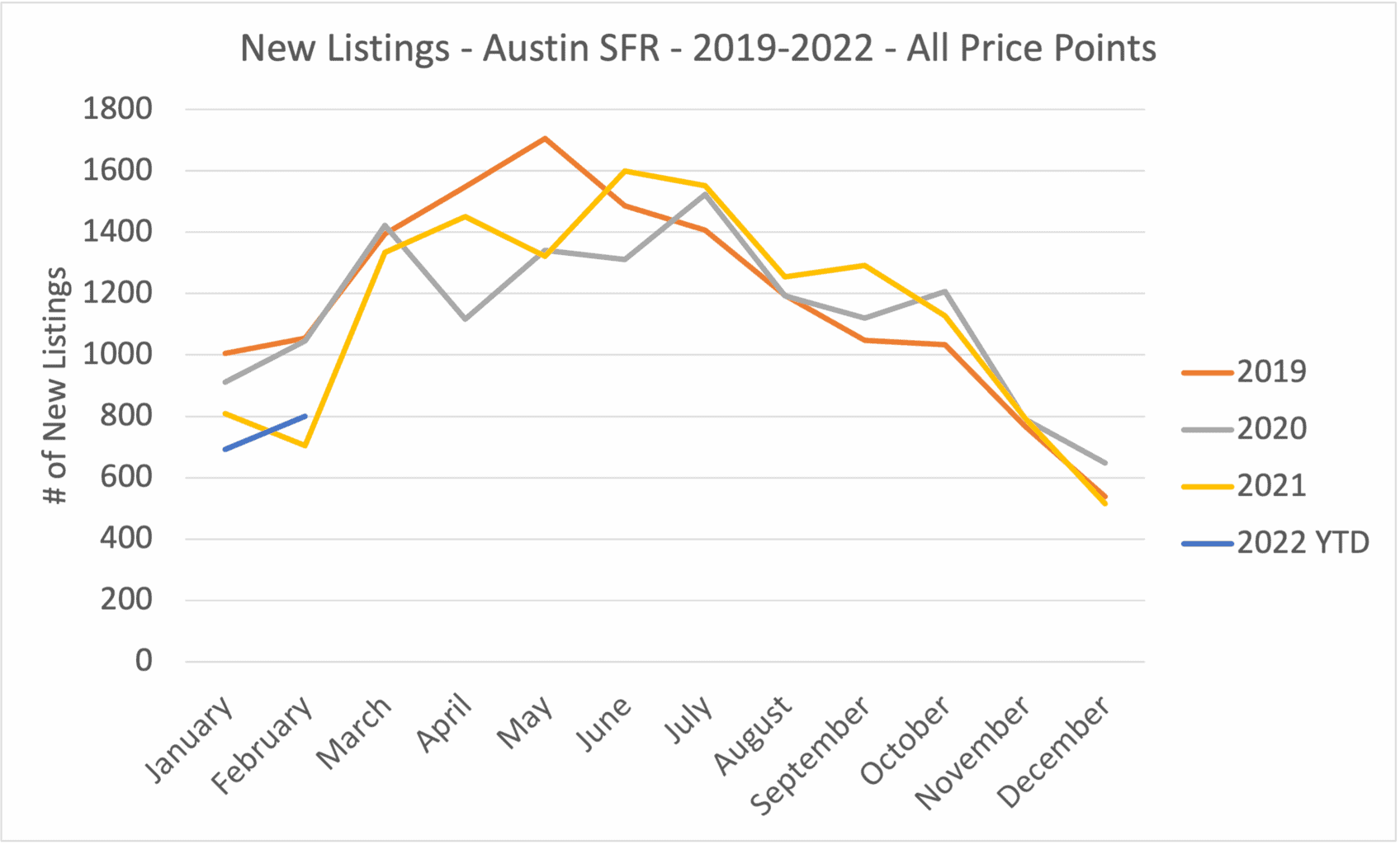 Sales are following the prior years’ trends, though transactions are lagging where they were last year at this time, down roughly -10%. 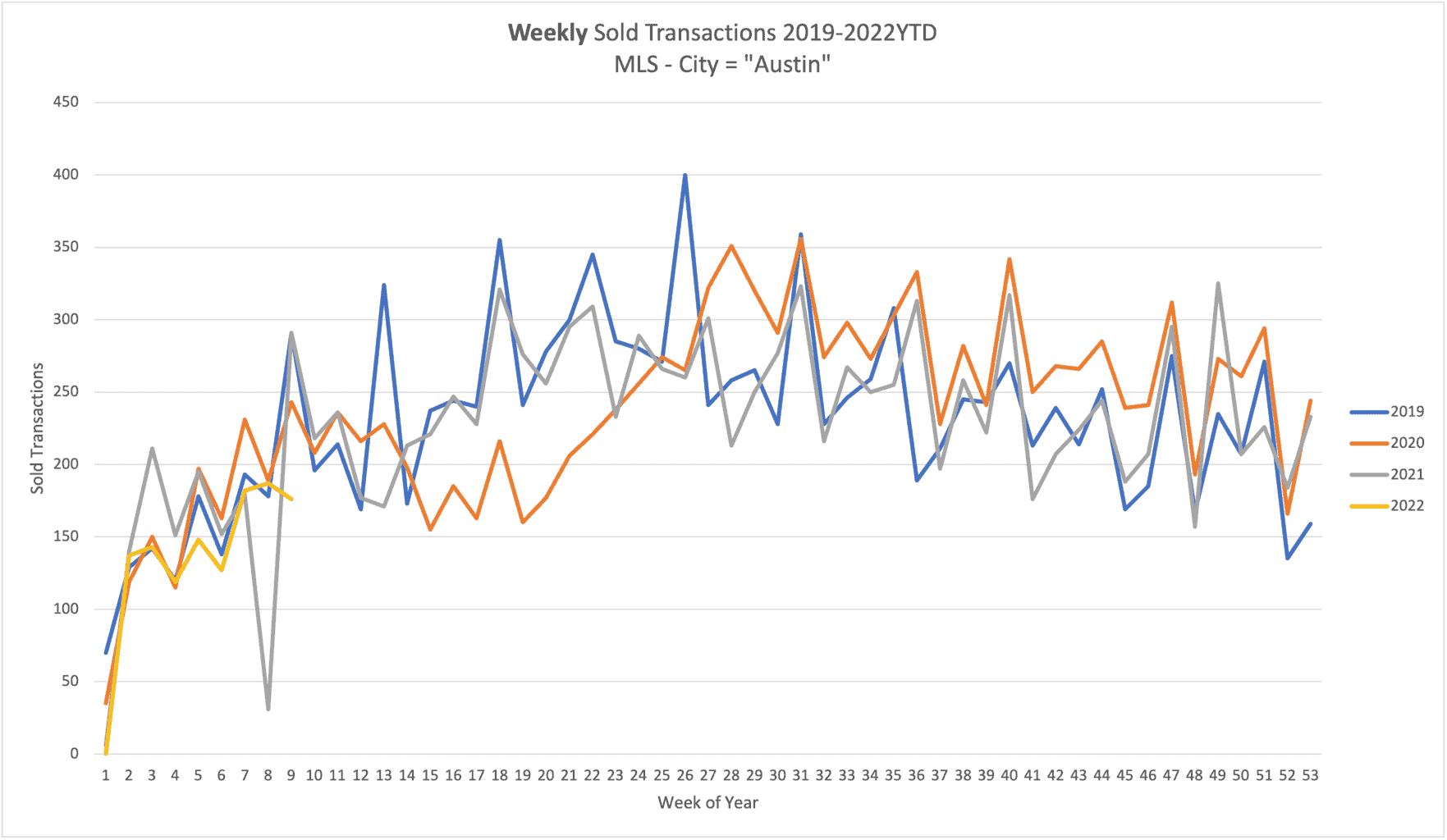 So if you are thinking about listing in 2022, I can’t emphasize enough how essential it is to have a plan.  I can help!