Everyone is wondering what the market is doing and where things are headed.  I did some work to summarize that and boil it down to one graph.  Below you will see new listings, new pendings, and transactions by month going back to January 2019 (the last “normal” year). 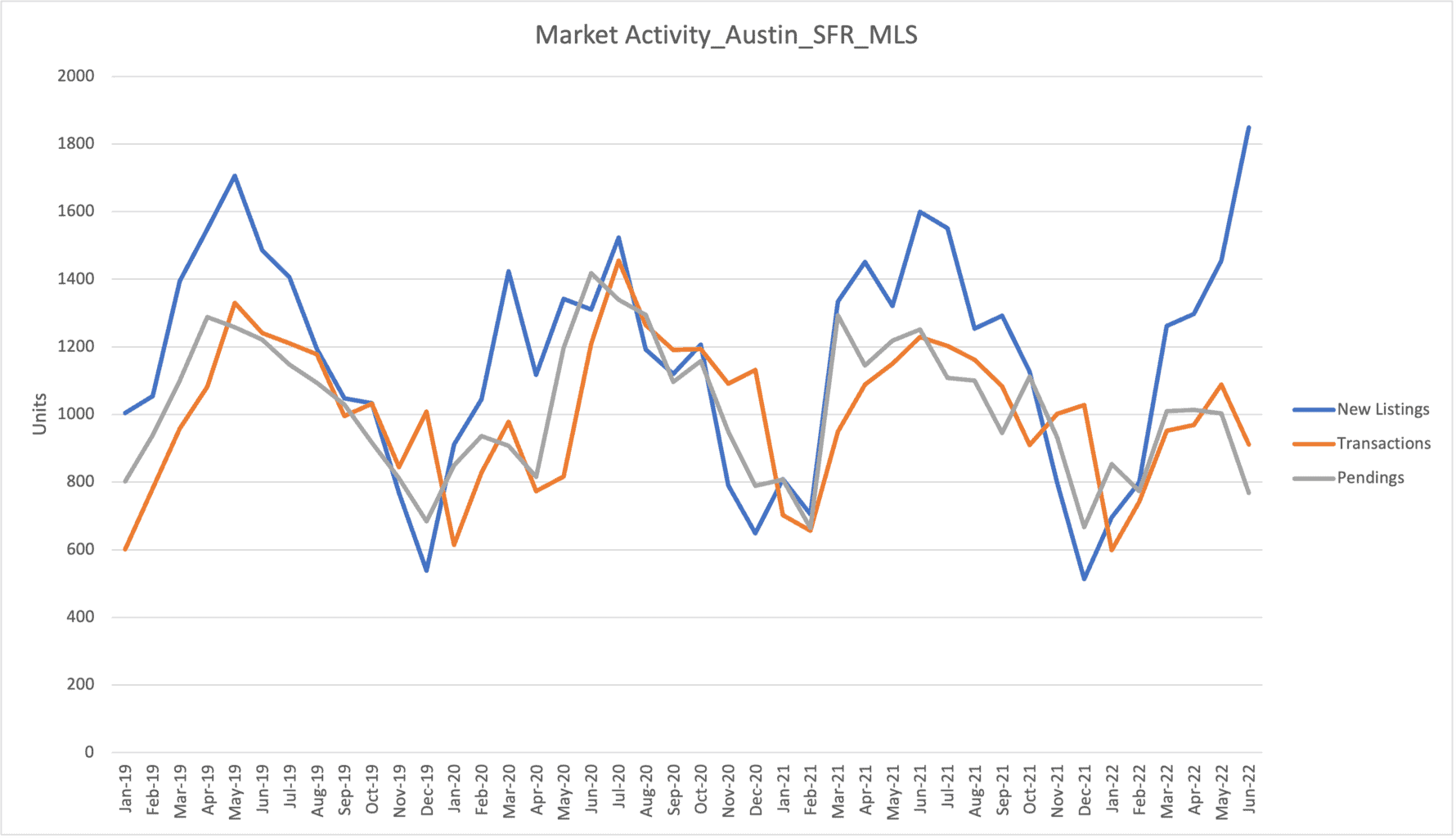 If you’re considering buying or selling a home in the Austin area, please reach out and I can help!