The overall lower number of listings is actually more dramatic than the numbers suggest.  Last year’s Q1 saw significantly fewer listings (down -15.3% vs. Q1 2020) due to the winter storm and freeze, which caused widespread damage and delayed a number of homes from being listed while repairs were made.

So far new listings are following the same monthly trend, but lagging far behind 2019 (the last “normal” Q1)… 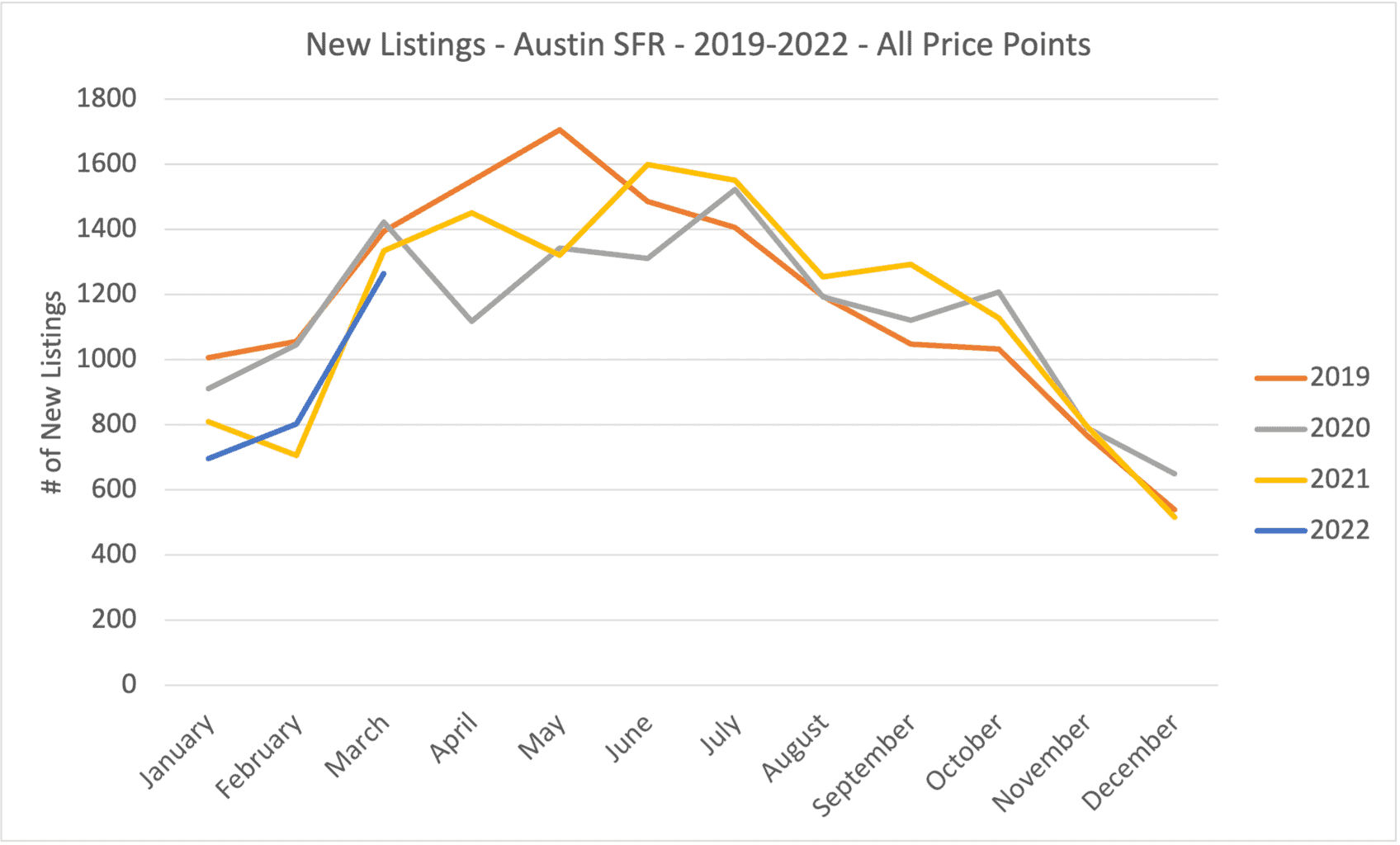 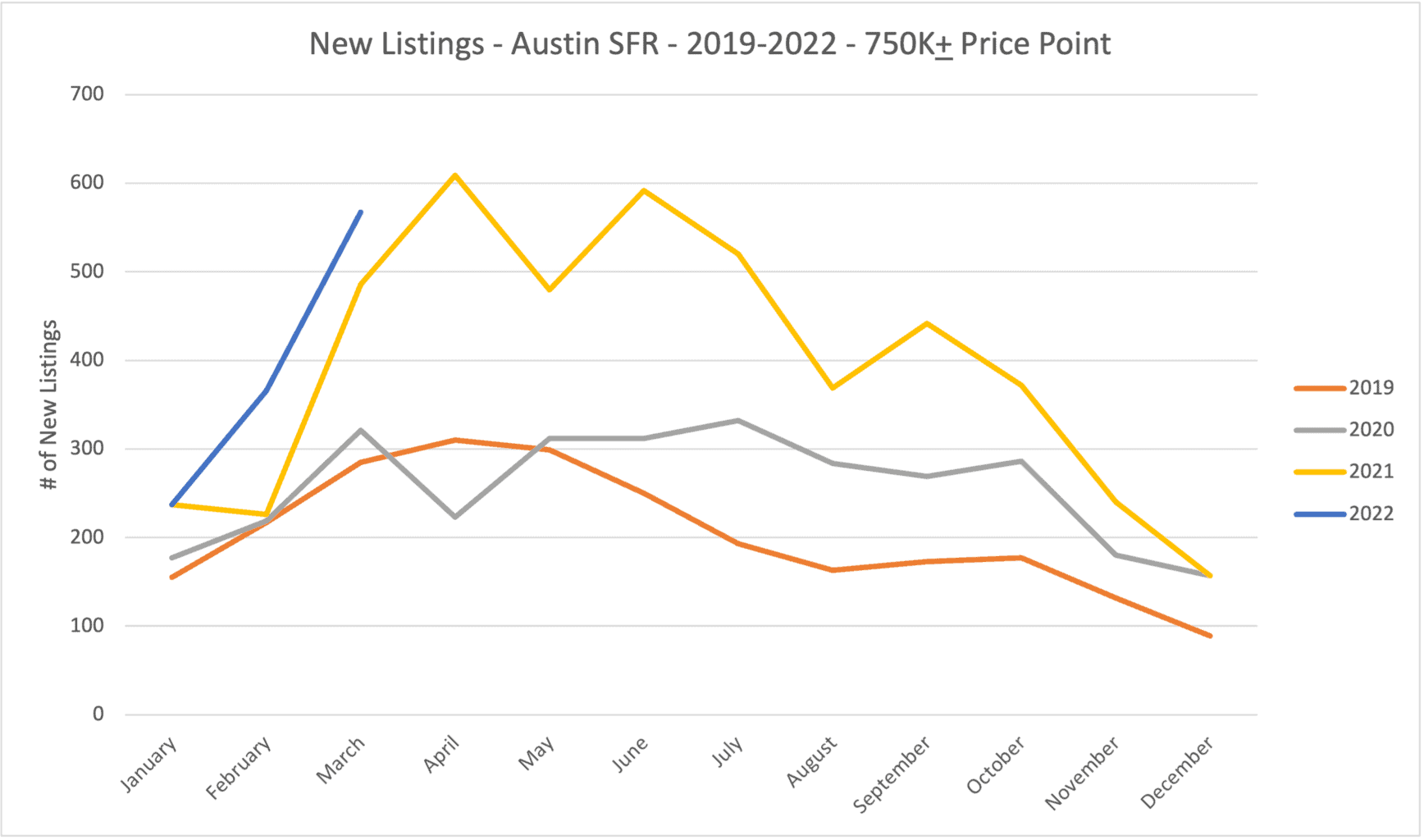 Transactions similarly are slightly behind Q1 2021, despite the fact that last year many closings were delayed by the damage sustained by the winter storm.  So a relatively easy compare, and we’re behind. 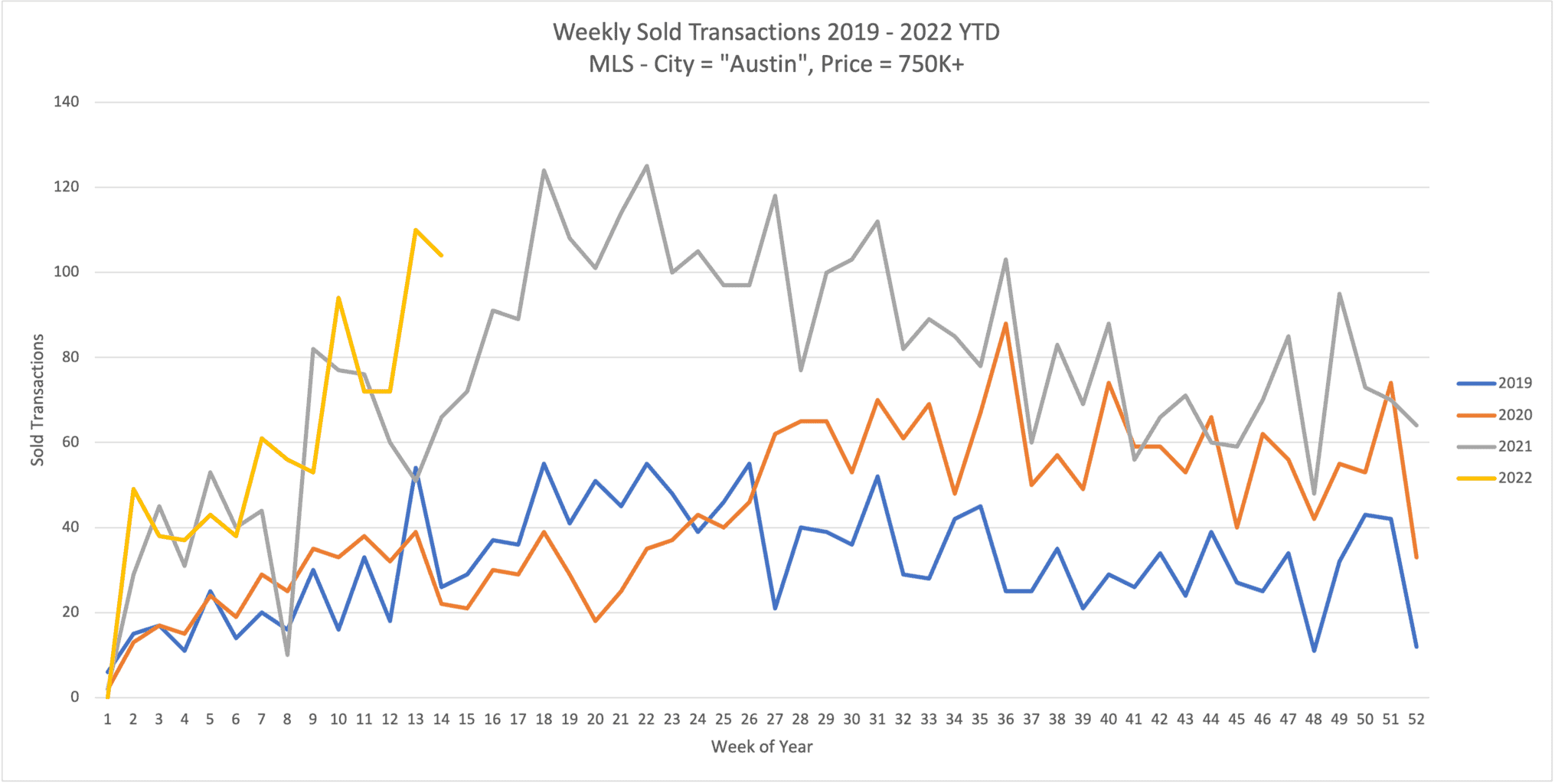 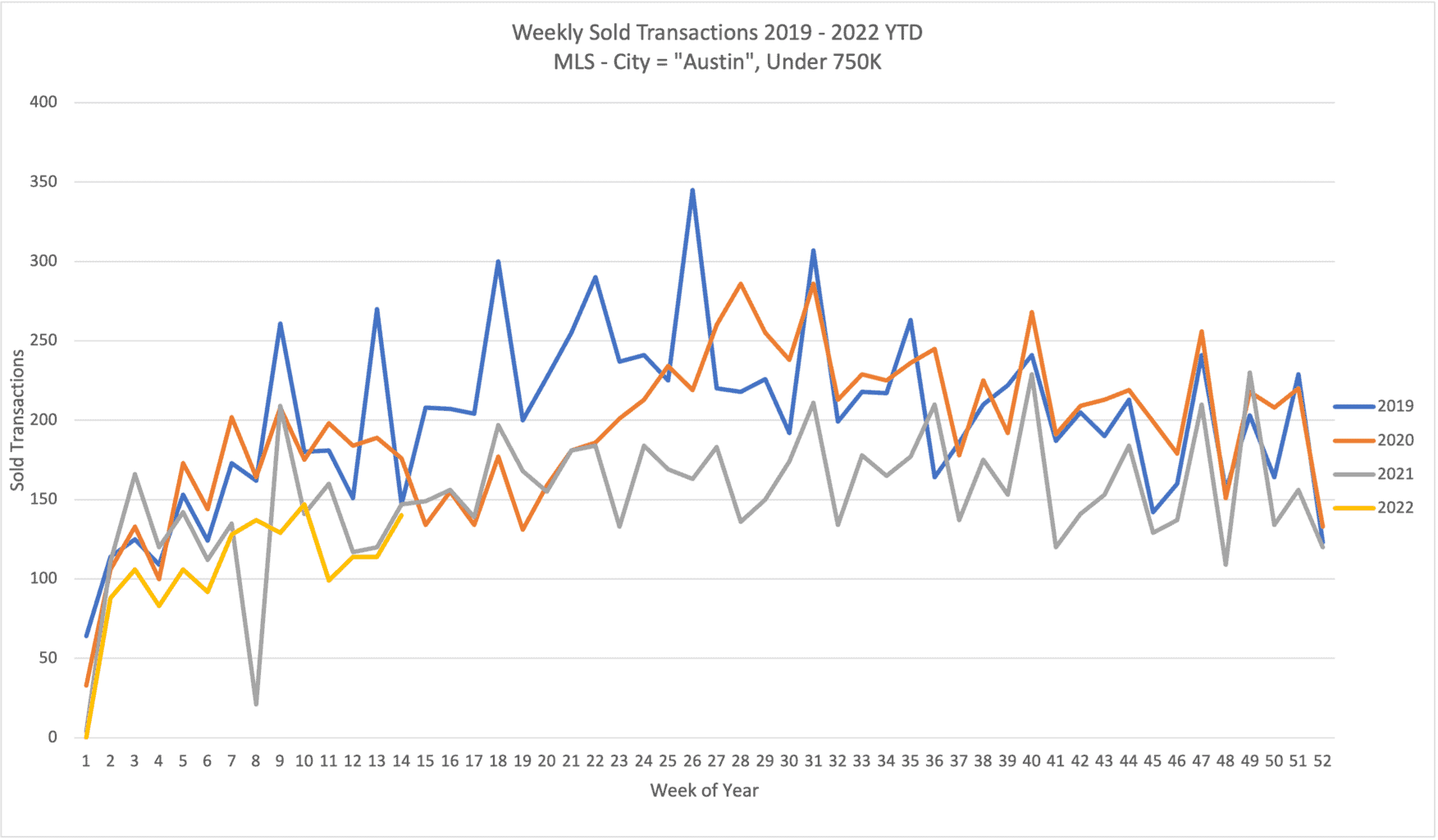 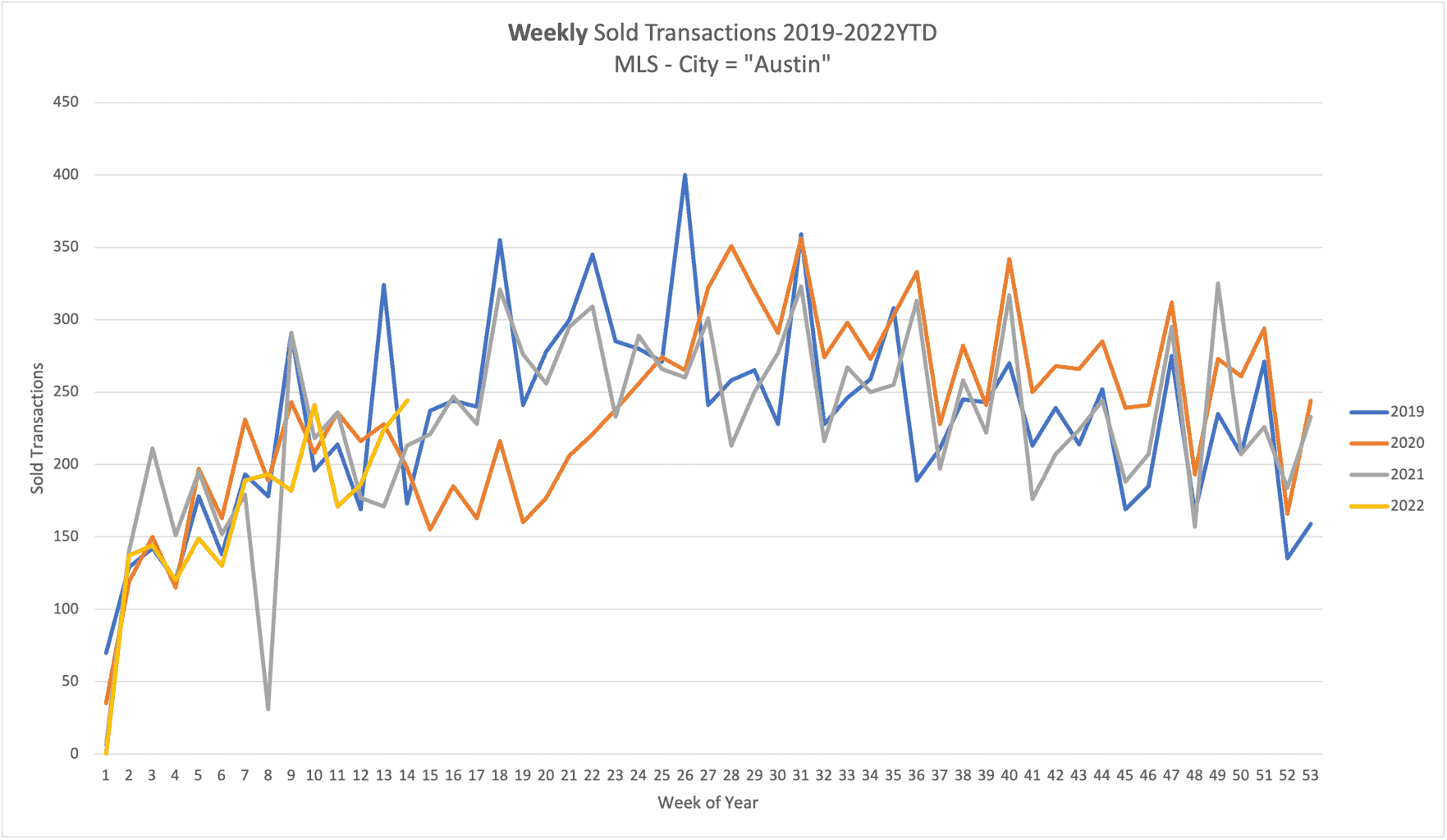 Q2 will actually be a tougher compare.  Fewer listings coming to market, and rising interest rates putting pressure on buyers, and on top of that Q2 last year was a bigger quarter due to all of the delayed transactions from the winter storm, means that Q2 2022 is likely to look much slower year over year.